Where it all began – by Heather Hopkins

In 1989, together with friends, we founded a small children’s charity, the James Hopkins Trust, aimed at helping severely disabled young children. But the story of how we got there started some years earlier.

Our wedding in 1978 was like everyone else’s; we were looking forward to a long and happy marriage, a nice home and perhaps two or three children. But what we couldn’t have foreseen were the ups and downs that life was going to put in front of us.

Early in 1980 I became pregnant but Richard, was born six weeks early, he stopped breathing on his second day and had to be ventilated. Sadly, he never recovered and died two-and-a-half weeks later aged 17 days. The doctors couldn’t really tell us the cause of death just one of those unlucky things not likely to happen again, we were told.

Two years later, I fell pregnant. Sadly, Matthew was stillborn and again the post-mortem gave no explanation for what had happened.

Then to our great relief in March 1984, our daughter Sophie was born without problems. She was perfect, and we dedicated ourselves to our wonderful little girl. As Sophie approached her third birthday we began to wonder if we were being a bit selfish and that maybe we should try for a little brother or sister for her.

And so in September 1987 James was born in Gloucestershire Royal Hospital.

It was apparent all was not well as he was floppy, had trouble breathing and he couldn’t suck or swallow and could only feed through a naso-gastric tube. Because he couldn’t swallow he also needed regular suctioning of his throat to stop him choking.

He had a muscle biopsy and we were given a diagnosis, James was suffering from a rare neuro-muscular disease called myotubular myopathy, basically underdeveloped muscle which explained his inability to swallow and also meant he was unlikely to sit-up or walk. In fact we were warned it was a degenerative disease.

It was an x-linked genetic disorder affecting only boys, it probably explained the deaths of Richard and Matthew and I was probably the carrier.

James needed around the clock nursing care, he wore an apnea monitor to warn us if he stopped breathing and he slept in our bedroom at night. When he first came home he was fed every three hours and when he was well he was suctioned hourly day and night.

Despite this, James was a sociable, loving boy. He was very bright and inquisitive. We needed to help him to achieve as much as he was capable of so he had regular physiotherapy, and I spent as much time as possible stimulating James, singing to him, playing him music, exercising his limbs, talking to him, anything to stop him becoming frustrated.

He enjoyed playing his keyboard albeit with the back of his hand. Like all little boys he was never happier than when he was rolling his toy cars back and forth, putting bricks on top of each other or banging his drum.

When he was about a year old, with the aid of his back support, he managed to sit without our help for a couple of minutes.  He also began to utter his first words. His favourite was definitely ‘Hiya’.

The little boy who we were told probably wouldn’t survive to see his first birthday was achieving milestones that we were told not to hope for because we would only be disappointed.

We adored both of our children and would have done anything to make them happy and keep them safe. Having said that, James’s care was all consuming and the person most affected by this was poor little Sophie. For the first 3 ½ years of her life she had our undivided attention and suddenly she didn’t just have to share our attention, she almost had to give it up completely.

She became very independent very quickly, but nevertheless, Sophie and James adored each other. She would lie on the mat with him and help him play with his toys and at bedtime after their story they would make noises to each other until they fell asleep, probably just as any other brother and sister would.

Sadly James was admitted to hospital in May 1989 with a chest infection.  He seemed to be improving when suddenly he deteriorated and without warning he died on the May 29, 1989 at the age of 20 months.

He had survived these traumatic occasions so many times before we had learnt to expect him to come through every time. He had fought to stay alive so bravely and when the end came we were completely shocked.

Shock is such an inadequate word to describe how we both felt. The truth is that in a way it is almost like having an out of body experience. You feel like you’re on the outside watching everyone else around you. Your brain never stops screaming, telling you that he can’t be dead and that you won’t let him go. Every time the phone rings you rush to answer it in case it’s the hospital to say that there’s been a mistake and he’s not really dead, but of course that message never arrives.

You can’t eat because you have no appetite so you force yourself but everything has the texture and taste of cardboard. You can’t sleep because that’s when your brain decides to replay everything over and over again. And all the while you are trying to keep things as normal as possible for a very upset, very confused little 5 year old who doesn’t understand why her baby brother isn’t here any more.

Like a lot of families do, we decided to raise a bit of money in his memory. In fact the first fundraiser was a jumble sale which raised £300.

The only respite we could get was to put James into hospital for a few days so we decided that we would spend this money to hire a nurse and send her to a family with a disabled child we knew so she could look after the child while the parents took a short break.

And that is how the James Hopkins Trust started, named after James and in his memory. Very soon we had a team of friends around us that wanted to help and we became a registered charity with the aim of improving the quality of life for the severely disabled, life limited and life threatened young children of Gloucestershire, mainly through the provision of nursing respite care in the home.

The trust has expanded since 1989, including setting up our own bank of nurses. building a purpose designed multi-sensory respite centre and gardens to provide night/day care and holiday clubs.

Without your support we wouldn’t have been able to achieve our dream of helping other children like James. 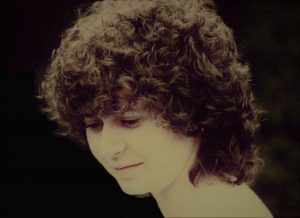